As Open Enrollment of Obamacare begins, Nevada Health Coop is packing its bags. Essentially, it’s broke. NV Health Coop is one of the many nonprofit organizations formed and funded by the Affordable Care Act to “keep insurance companies honest”. One cannot help but scratch their head and marvel at the huge loss of money from this poorly executed idea. Now the Commissioner of Insurance has filed a suit against the delinquent domestic insurer.

It should be stated that Nevada Health Coop is not the only organization like this to close its doors. New York, Nebraska, and a slew of other states also had to close their doors as well. It is interesting that carriers like Anthem BSBS of NV, Sierra Health and Health Plans of Nevada will all continue doing business in Nevada.

Below is a document. 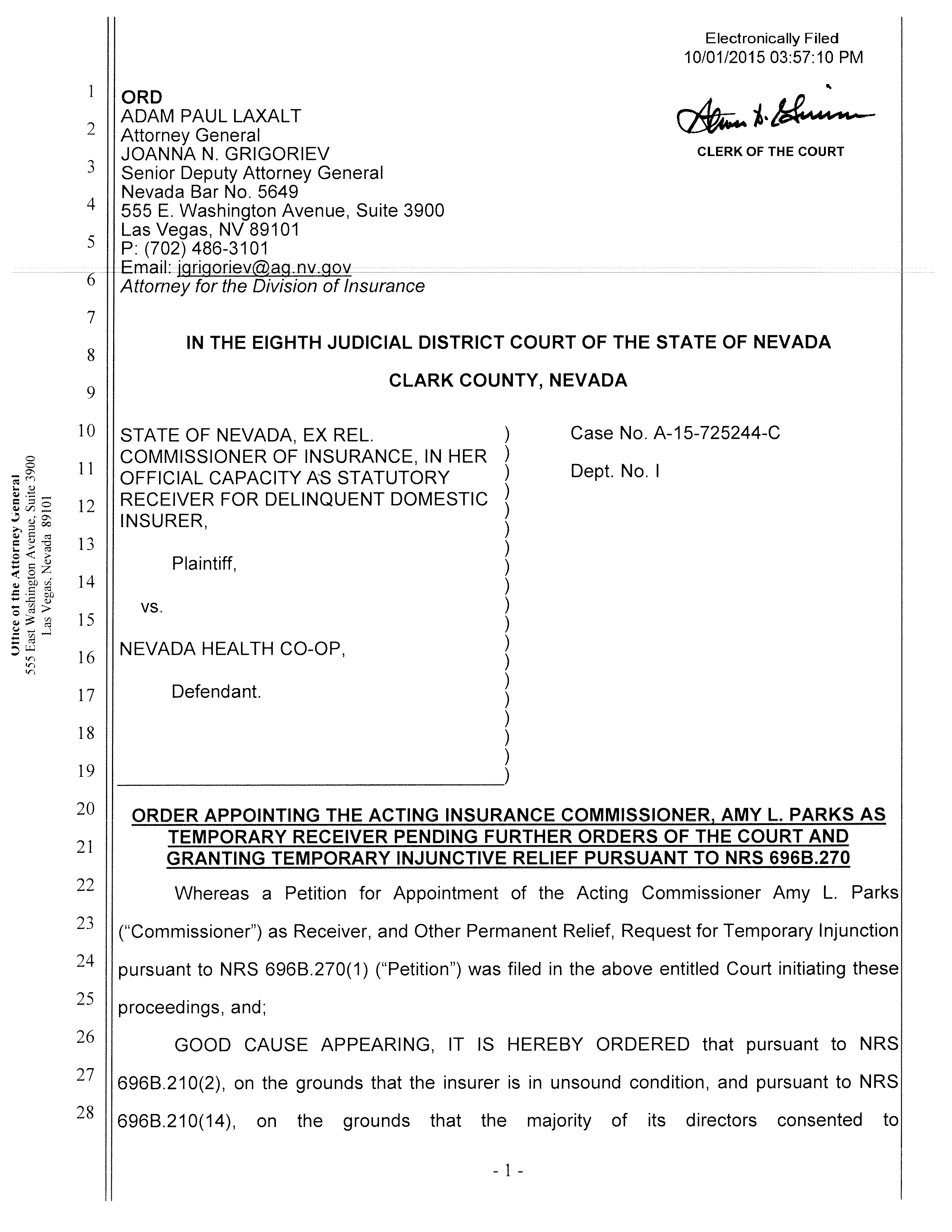